HudCo member Kathryn Stamoulis, PhD, is a licensed mental health counselor and educational psychologist whose work covers topics related to women and teen girls. She’s appeared in numerous academic journals and media outlets, including The New York Times, NPR, BBC, MSNBC, Today, Chicago Tribune and MTV News. So yeah, she’s a badass. We had to know how one gets to such a level of badassery.

Let’s start out big: I was so excited and took a picture of my TV when you appeared in the Netflix docuseries Filthy Rich: Jeffrey Epstein. How did your work lead you to being a professional expert for so many media outlets?

That’s so nice of you! I got involved with the Epstein documentary before he was raided by the FBI in 2019. When I came on board, the focus of the documentary was about why no one cared about the sexual assault and trafficking of teen girls and young women. Many of Epstein’s victims had publicly shared their stories, went to the police, and/or testified against him in court, yet they were doubted, shamed and disregarded.

I’m an expert in female adolescent sexual development, specifically in the area in the area of sexual shame, victim-blaming and the grooming process. For years, Epstein’s victims were blamed for their abuse. Many were told they were complicit because they took money from him. Others had party pictures posted to social media or a history of substance use used against them, insinuating they were trashy and not deemed worthy of empathy or justice.

The focus of the docuseries shifted when Epstein was raided and subsequently died, but I think the producers and director (Irvington resident Lis Bryant) did a great job sharing the voices of his victims. When people understand the process of sexual grooming and the psychological manipulation techniques of sexual predators, there is more compassion and understanding for victims of such abuse.

I am guided by the philosophy of “giving psychology away.” I have worked as an adjunct professor and counselor for many years, but most people don’t have access to psych classes or counseling, so I focus much of my work on public education through the media. Initially, I got most of my media inquiries from blogging for Psychology Today. There I shared academic findings in an easy-to-digest way.

Journalists and producers are often looking for experts in a variety of fields who can share their knowledge in a simple and engaging manner. Media training is always helpful, and it’s beneficial to let people know you are interested in media work on your website. Most importantly, having a niche makes it easier for people to find you—if your name comes up in the first few pages of Google on a given topic, you are sure to have media requests.

Also, for women who are on the fence about doing media work, I say go for it. There is still an underrepresentation of female-identifying experts in cable news, newspapers and op-eds. My interest in media work became heightened about ten years ago during the national birth control debate. Birth control primarily impacts the lives of women, yet on cable news shows, male panelists outnumbered female panelists about 2:1. Unfortunately, this is still occurring in our present political landscape. 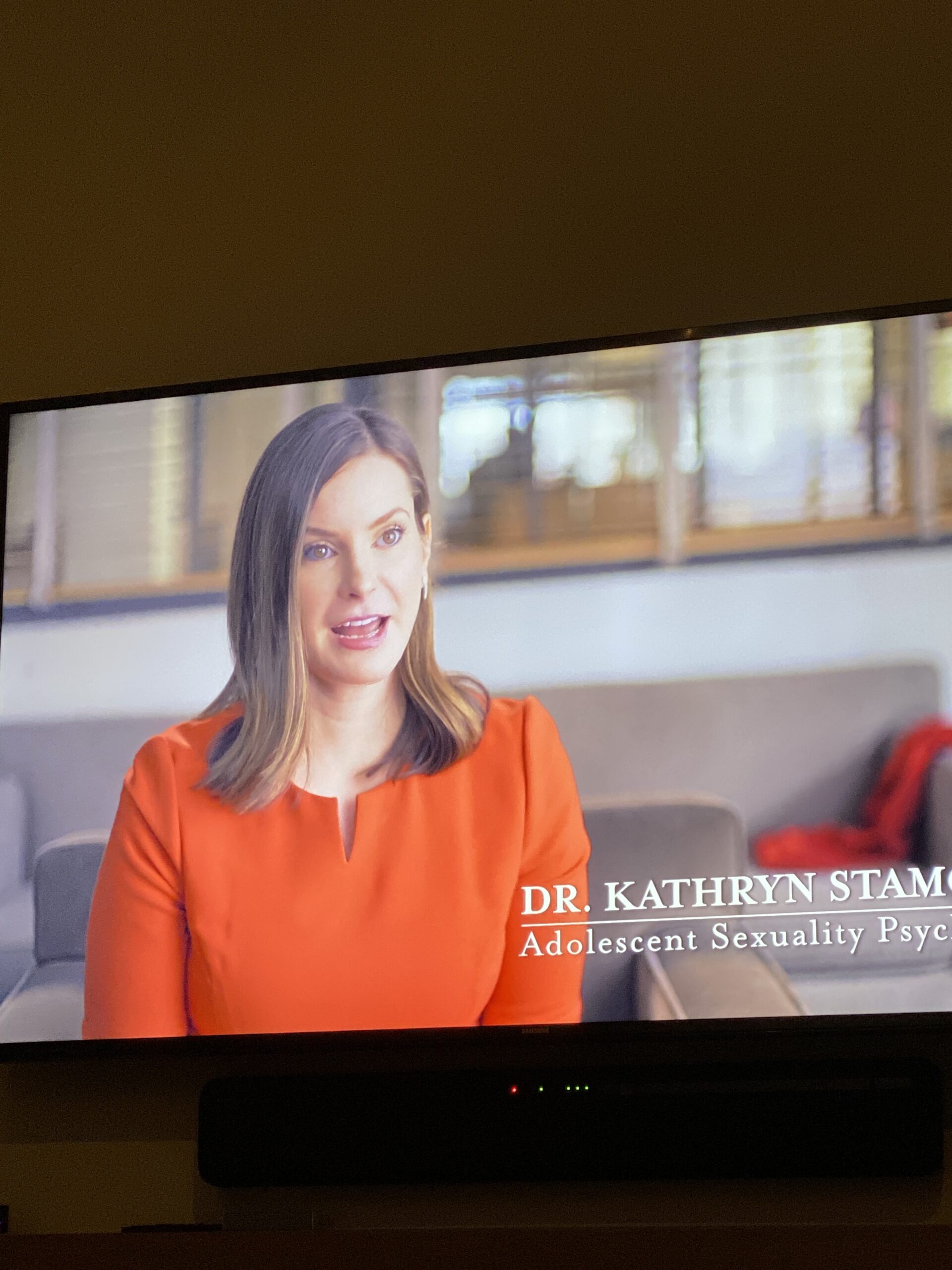 How do you think social media has impacted adolescent sexuality over the past two decades? What basic advice would you give to parents of tweens and teens?

Ahh, social media – It’s such a minefield. The research is quite clear that SM is negatively correlated with healthy body image and overall wellbeing. And it’s getting worse. I fear the ubiquity of Facetune and Bodytune is giving both girls and boys warped expectations and an impossible standard of beauty. Another cruel reality is that pictures that are deemed “sexual” or are showing more skin get more engagement. This contributes to the sexualization of girls (the idea that a girl’s worth is tied to her sex appeal) and is associated with many negative mental health implications. A great motto for young people is “sexy’s not a look, it’s a feeling,” but that is tough to convey over image-based social media.

It’s not all bleak, however. Social media can help young people feel connected to others, especially people in marginalized groups. It can provide community to teens who feel they don’t have one IRL. The key here is not to just scroll, active commenting and conversation is imperative to the feeling of connection.

OK, that’s enough work stuff. What do you watch on TV for fun? (It can’t all be MSNBC and the Today Show!)

We all like inspiration for how to get moving. What do you do to exercise your mind, body, and soul?

Pre-pandemic I went to a Lagree studio in Irvington but it’s no longer open. Lagree is similar to pilates on a reformer, but more focused on prolonged muscle tension. The brand now has a mini-machine so I got one at the start of lockdown and still enjoy using it. I also hike (well, walk for 20 minutes) the Old Croton Aqueduct trail in Sleepy Hollow. Getting into tennis too.

What’s your favorite menu item at a local restaurant or bar? Where might your fellow members find you on the weekends?

Anything at ChuChok Thai in Sleepy Hollow, it’s the best Thai food in Westchester.

I’m at the TASH market every Saturday!