Shelfie Inspiration—Members and Their Bookshelves 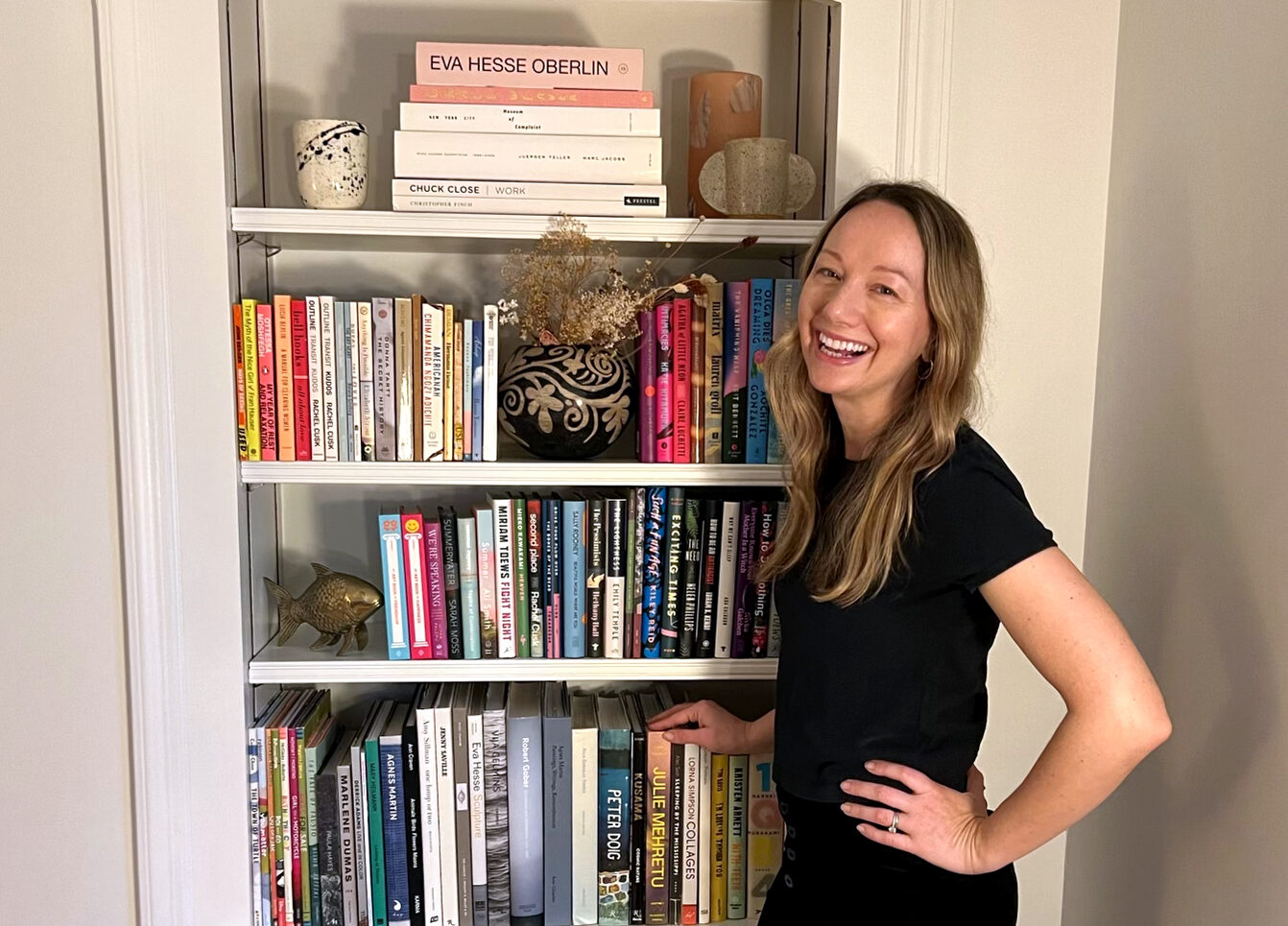 My favorite part of New York Magazine is usually the crossword puzzle, but a couple weeks ago I was inspired by a spread with the headline “Steal My Bookshelf,” showing four writers in their homes alongside, as you might guess from the headline, a bookshelf (especially because one of them was even a Picture Book favorite, Oliver Jeffers!). Online they went on to show many, many more, and it got me thinking…

What kind of bookshelves do the writers and other members of HudCo have at home? (For the record, the majority of the books I once had at home have graced the shelves at HudCo for many years now. Hence why we have so many big books on magazine design that you can use to prop up your monitors.)

I asked a few members who I felt I could bother for such a task and enjoyed a steady stream of photos featuring a wide variety of shelfie looks—including small, medium, large and built-in, and many organized by color.

All photos have been provided by the subjects. 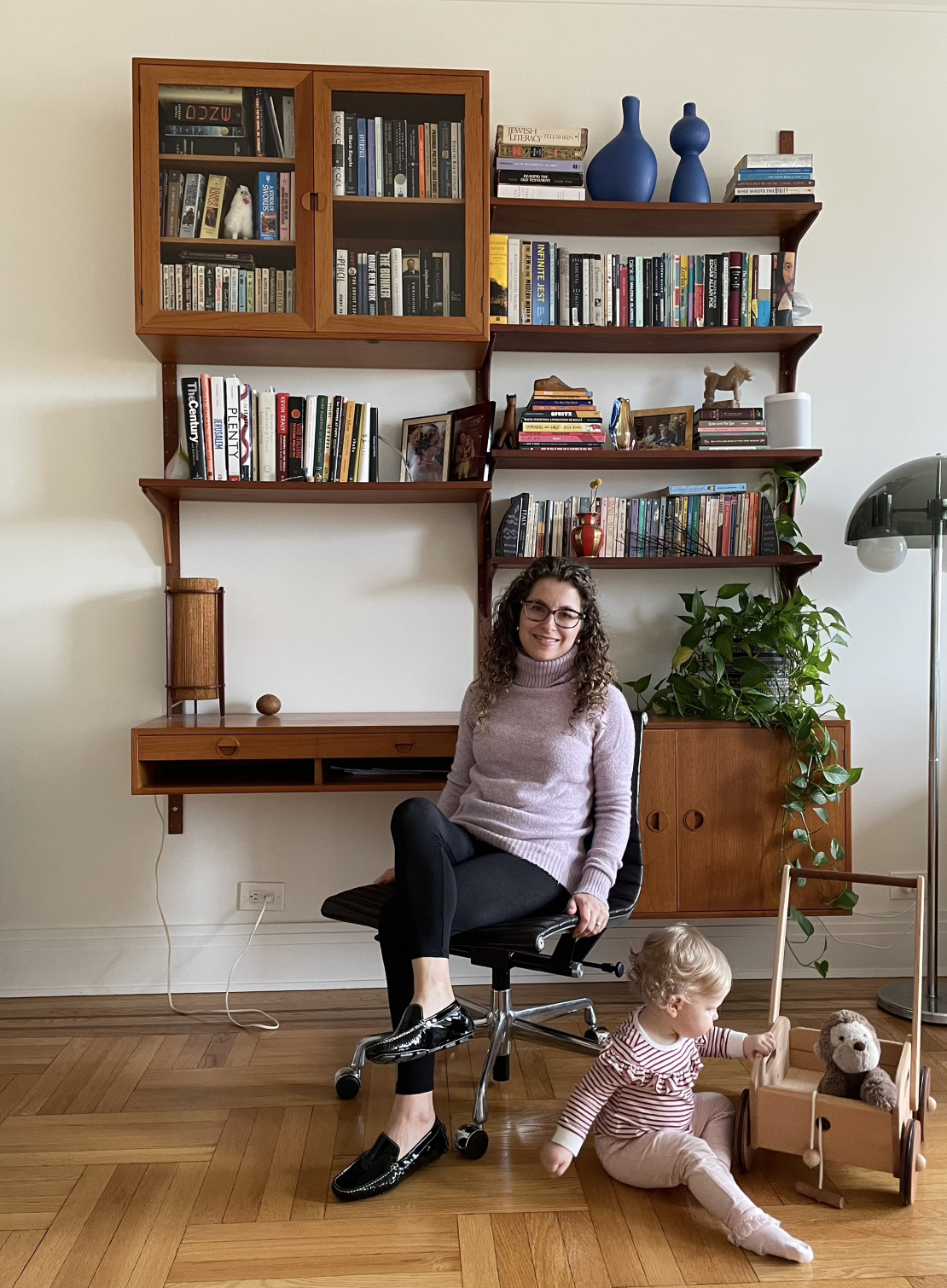 Unsurprisingly, the founder of Time & Place Interiors has a spectacular piece for her collection. “This is a vintage modular shelving unit. It’s Danish Modern by HG Furnitire, from the 1960s.” 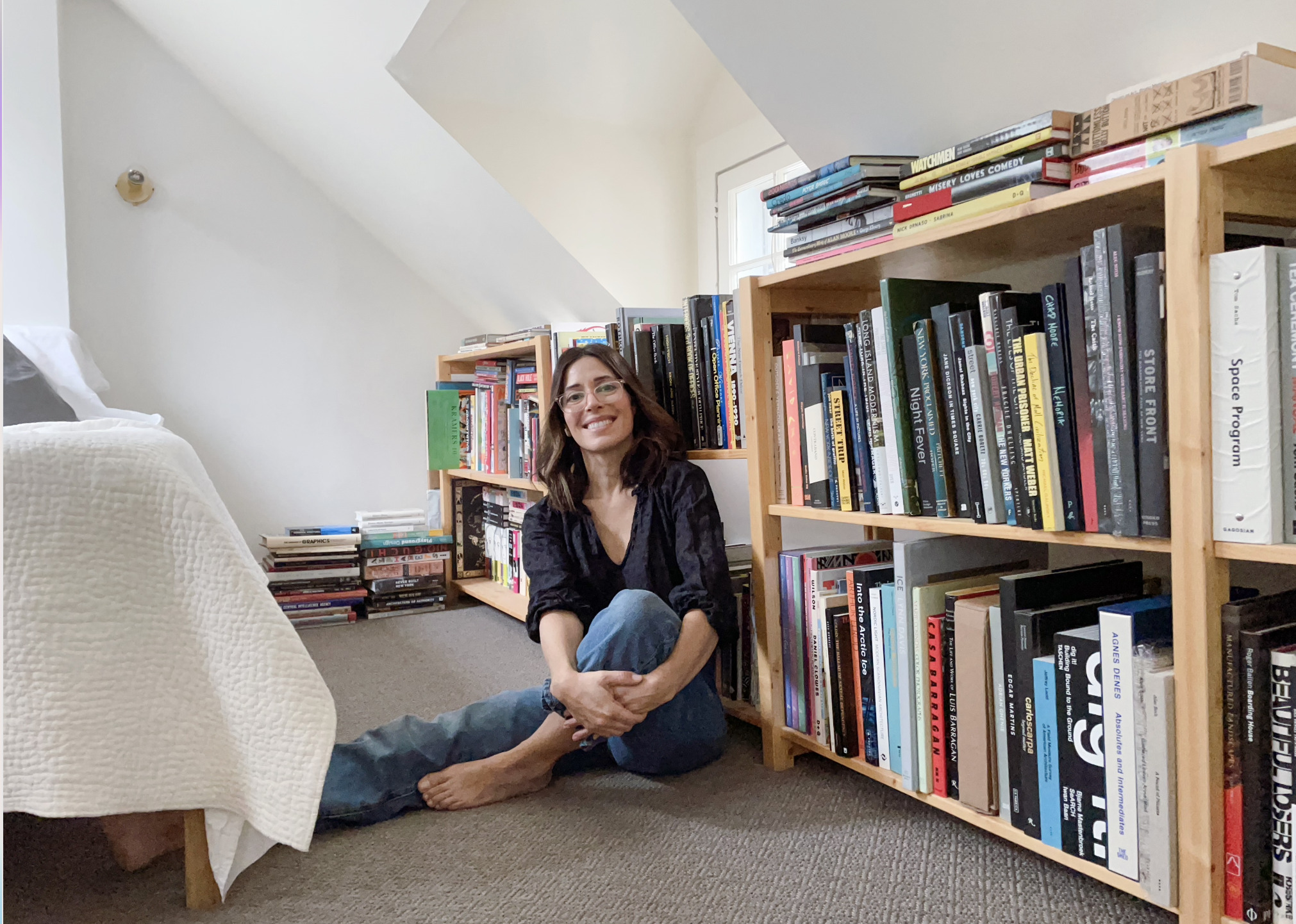 You’ve likely seen Dawn’s work in our newsletters or for Kate Sonders-Solomon or the Observatory Shop—but our favorite work of hers is the book G My Name Is Girl, available at Picture Book. In regards to Dawn’s low shelves shown, “they are from the Container Store. This room is our attic. We use it as an office and guest bedroom.” 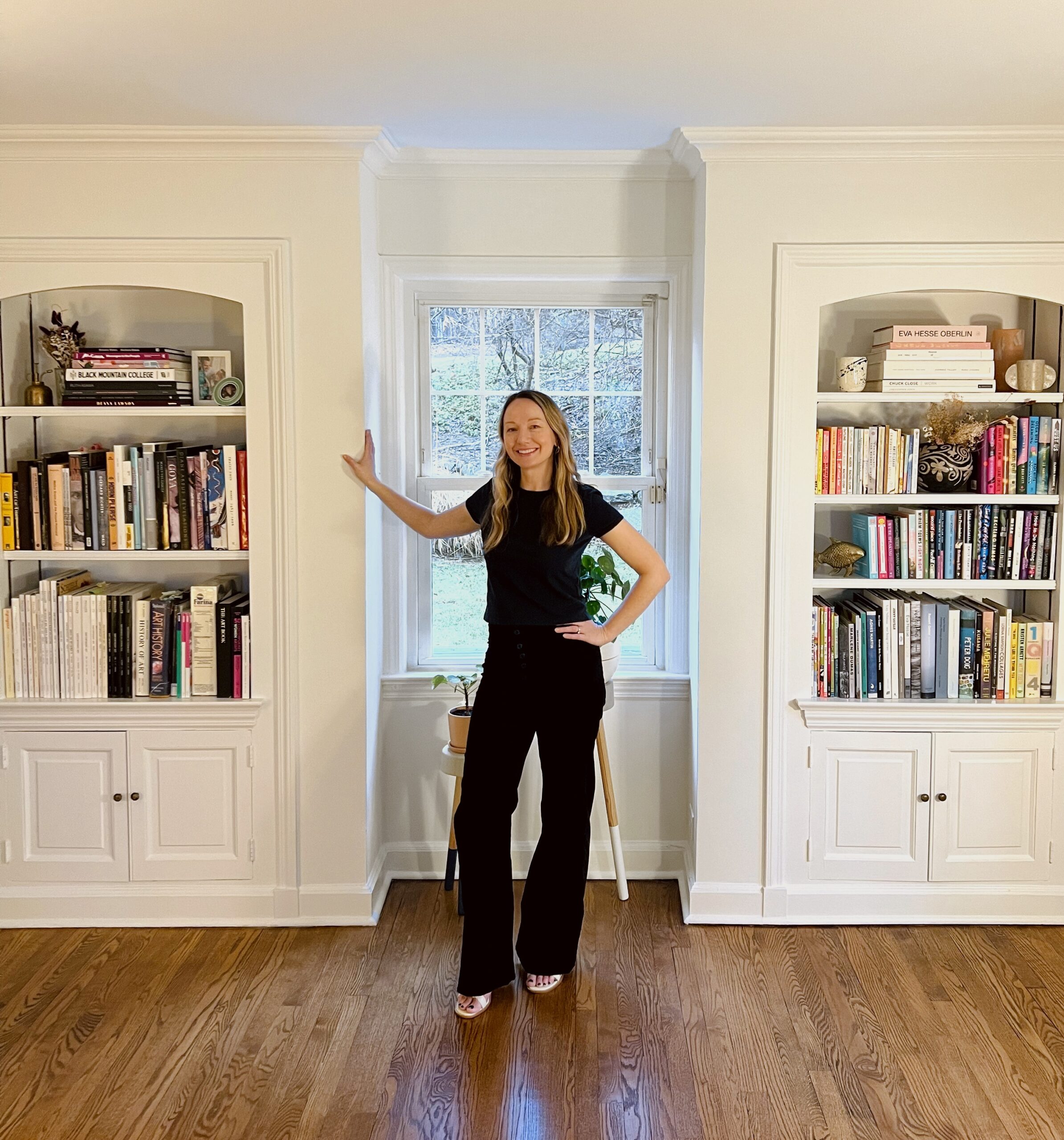 After a career in the contemporary art world, Sara opened her first pop-up bookstore Picture Book in 2020 (what a year!) to focus on curating a delightful selection of books. We just had to see what she’s got goin’ on at home for shelves … “They were built in already, possibly original to the house,” Sara says. “There are built-in bookshelves in nearly every room. It was one of the reasons I loved the house so much.” 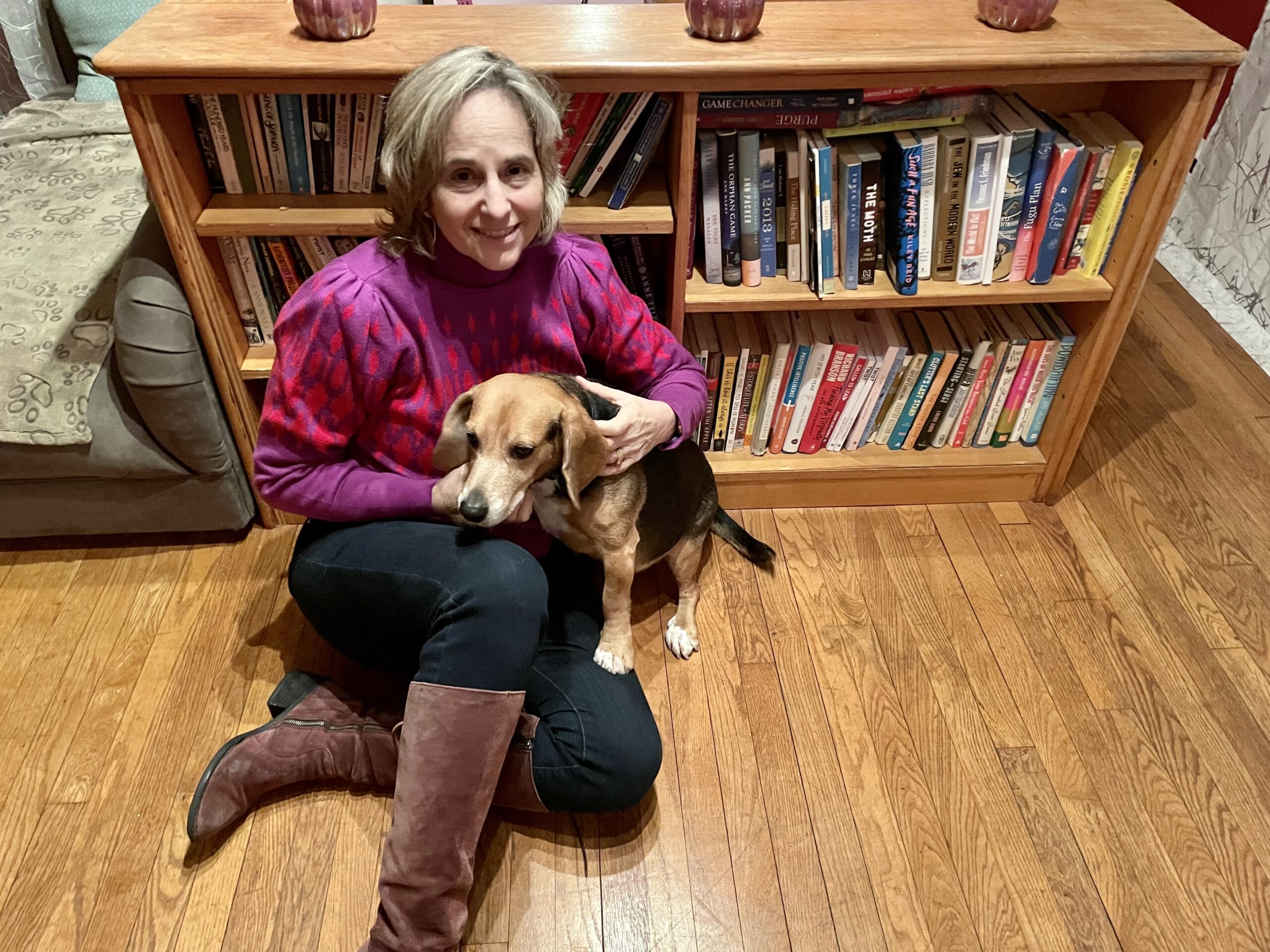 You’ll always see her in purple, matching the cover of her book (and her brand as well) Twist: How Fresh Perspectives Build Breakthrough Brands. However, her bookshelf in her dining room  is unpainted, allowing the spines to bring forth the color. “The bookshelves came with the house. We moved in 21 years ago, but the house is built in the 1950s. They’re sort of an awkward spot (as you can see with me on the floor in the picture) but they hide a cool circular staircase that leads to our downstairs.” 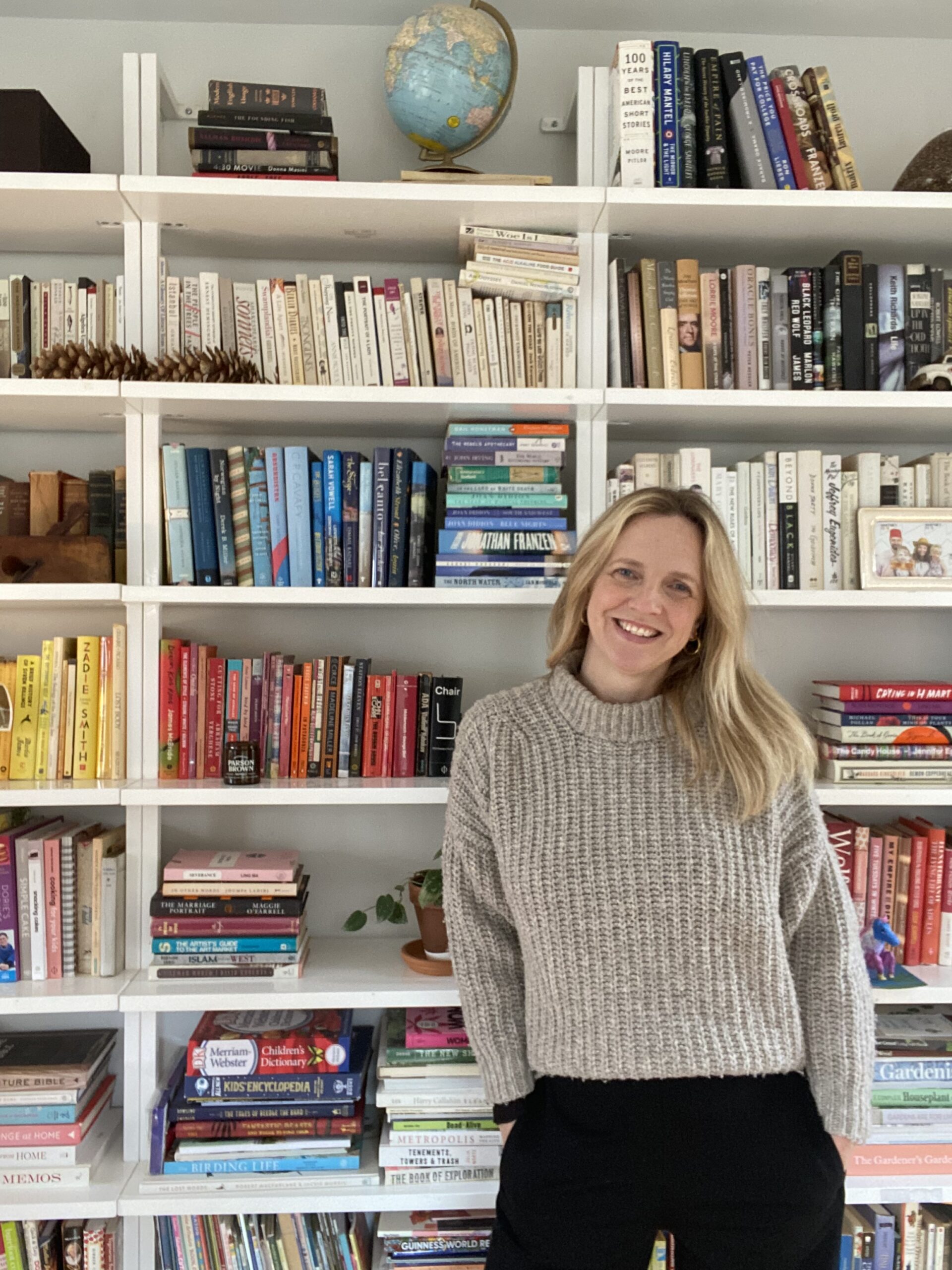 The pandemic led many of us to home improvement projects, and the co-founder of Parson Brown (and co-host of the PB Book Club at HudCo!) was no exception. Stephanie and her family took to color-coding their massive bookshelf during their time at home, and it remains mostly in tact to this day. 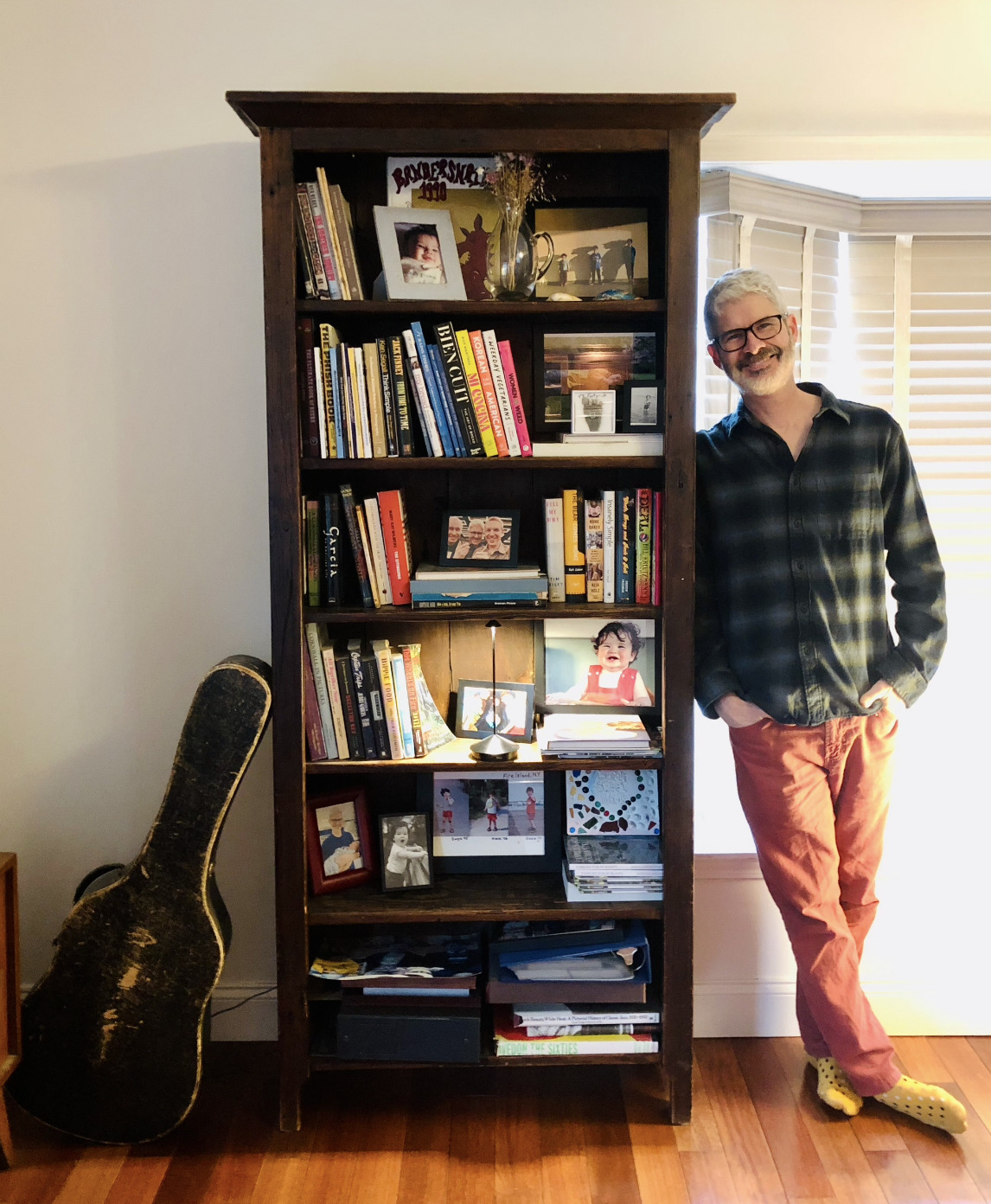 This multi-talented, multi-occupation guy has equally multi-faceted bookshelf contents on a piece made of reclaimed barn wood and purchased at the Chelsea Flea Market in NYC. Doug is a co-founder of the Via Viaggio line of edibles you can find in the HudCo Shop, as well as a photographer who produced the portrait documentary book Families for Humanity during the pandemic to raise money for the non-profit On the Line. 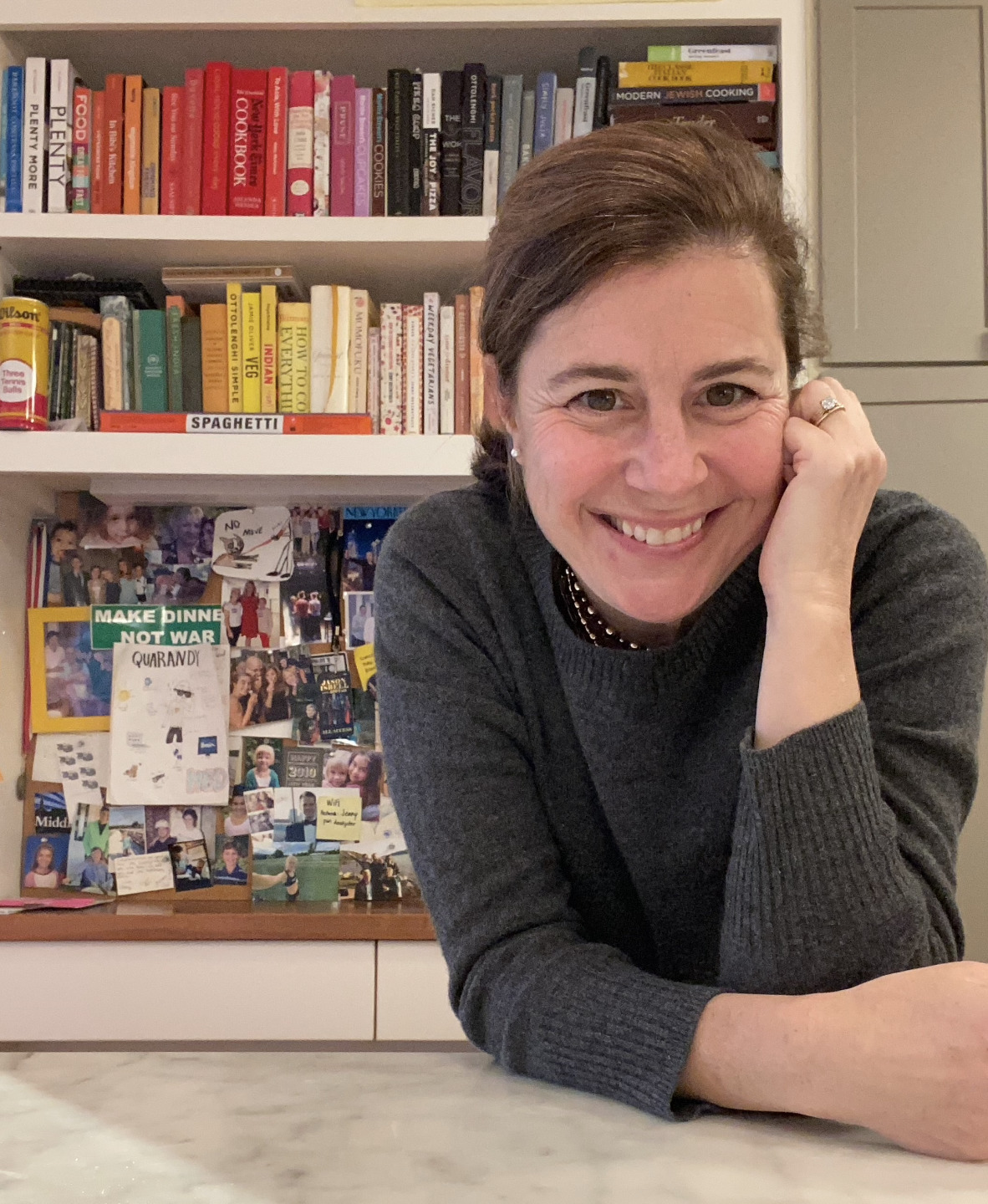 Where does a multiple New York Times best-selling cookbook author have her favorite bookshelf? The kitchen! Jenny, author of the blog and newsletter Dinner: A Love Story (amongst aforementioned cookbooks), has a color-coded library there organized by frequency of use. “If I don’t use a book, it does not get kitchen shelf status. Those books have all earned their keep!” Jenny says. “The selection/rejection process is ruthless when a new book comes into the house.” Sarah writes the newsletter Recipe As A Feeling, so she, too, has a focus on cookbooks in her home library. “Most of my cookbooks are in my kitchen, but I keep a few special ones in my office—the ones you can see are Jubilee by Toni Tipton-Martin, Kachka by Bonnie Frumkin Morales, Ripe Figs by Yasmin Khan, The Lost Kitchen by Erin French, and My Kitchen Year, by Ruth Reichl; the ones you can’t see behind the wood are Six California Kitchens by Sally Schmidt and The Taste of Country Cooking by Edna Lewis,” Sarah says. “These books, all by women, inspire me with their personal narratives and the values you can hear in the authors’ stories and taste in their cooking.” The shelves themselves are built-ins that came with the house. Lucky! 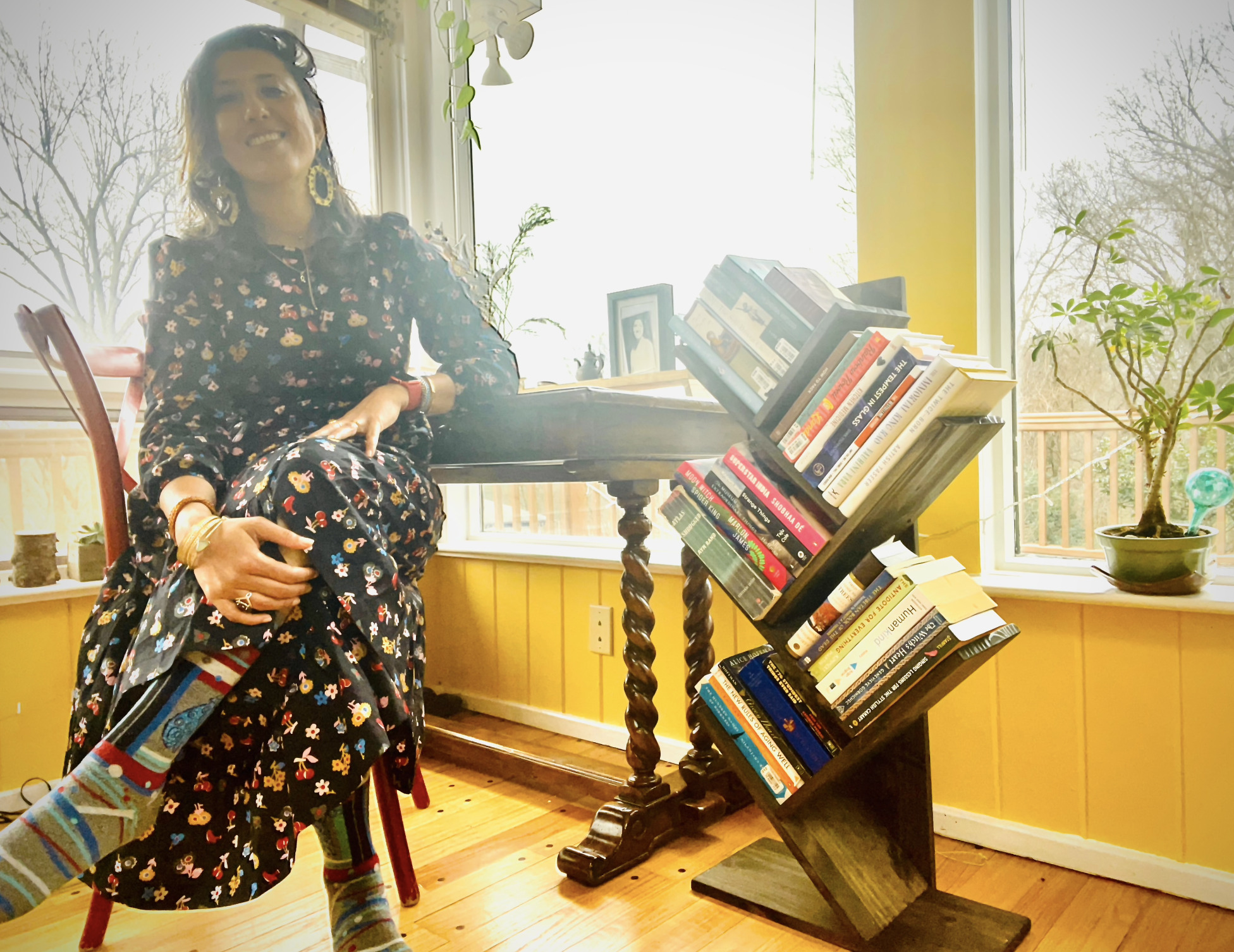 Natasha recently exchanged her career as a broadcast journalist for the more peaceful life of novel-writing. She has this adorable tree-like shelf in her plant-filled writing room that’s also a family room. “I found it on Etsy! My husband found this actually. I keep the books here I need for reference or inspiration. The good thing is I can swap them out when needed from the larger in-built shelves at home.”

About Her Upcoming Book
← Older Newer →