Growing up in a church community in Detroit, Michigan, it was a common occurrence for Leslie Woodward to accompany her grandmother to funerals and hospital visits for her fellow church congregants. Most of these congregants suffered from “the sugar”—also known as diabetes—high blood pressure, stroke and obesity. In May of 2021 Leslie’s cousin died of obesity and her uncle is on dialysis due to severe complications from Covid-19 because he was diabetic.

For Leslie, it became painfully evident that people across all demographics were suffering, and it was largely a result of poor diet and highly processed foods. She became determined to contribute to the healing of people. She became a chef, graduated from Le Cordon Bleu and became a certified Sous Chef at Culinary Institute of America. Her culinary career spans for over 20 years beginning at Roy’s Restaurant of Roy Yamaguchi and Restaurant Daniel under Daniel Boulud. Additionally, Chef Leslie has cooked for a wide variety of clients including celebrities and heads of states and was the Executive Chef at the President’s house of Columbia University.

After acquiring a degree in holistic nutrition, she has supported clients in their healing journey through custom meal plans and cold pressed juice cleanses. Throughout her career, her food philosophy persists: food equals life, as she remains committed to high-end, nutrient dense, clean, and local and seasonal foods.

Chef Leslie created Edenesque to eradicate this American health crisis, to push back against the way in which our foods are being processed and contribute by creating a company that reflected her philosophy about food, food production and community.

This isn’t Leslie’s first rodeo at HudCo Provisions—we’ve luckily had quite a few chances to get our hands on her artisinal plant-based milks over the past year. Read on to find out more about her business and business strategy. 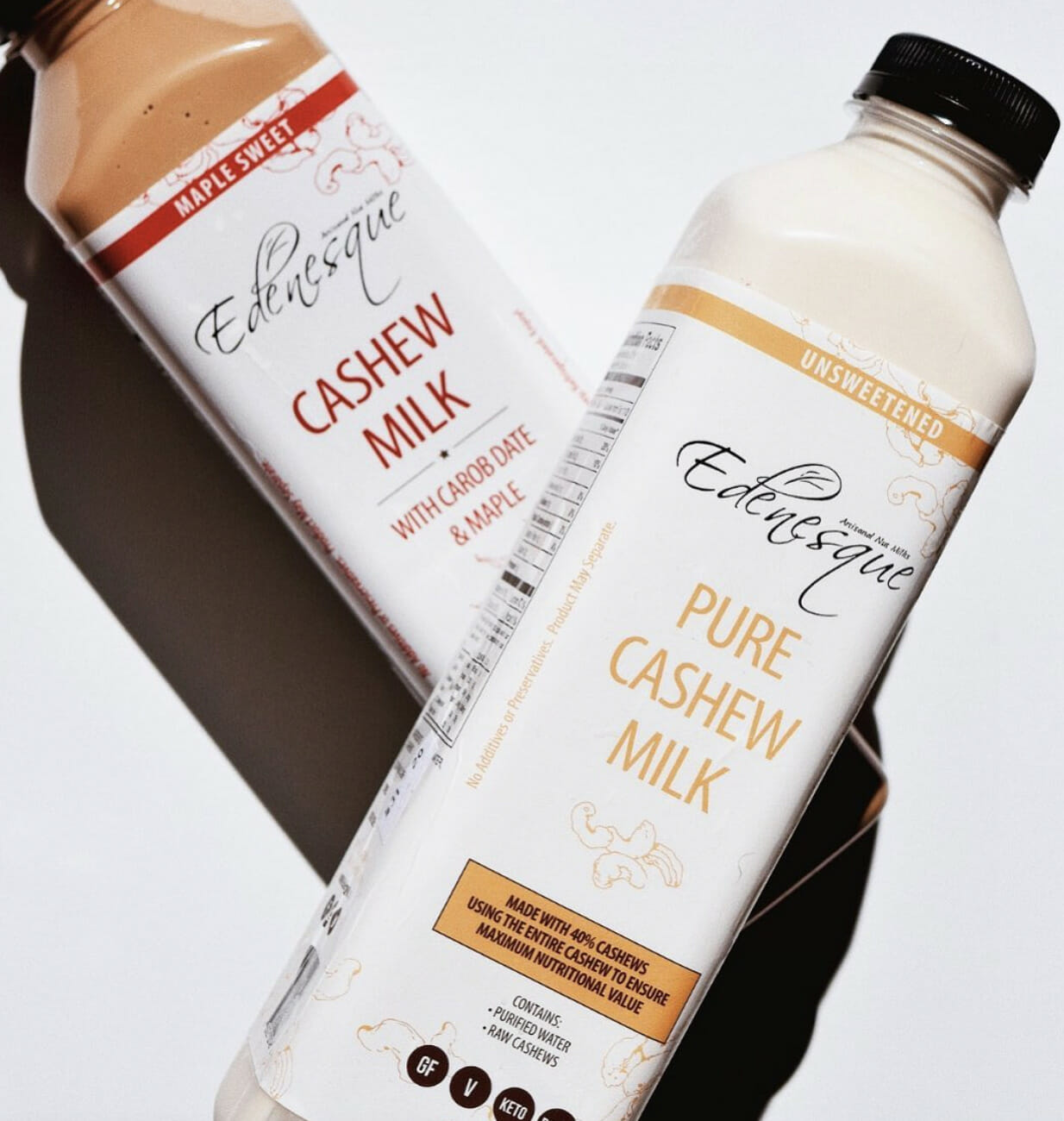 All ingredients are locally sourced, so when we drink Edenesque we’re doing our body good and supporting small businesses at the same time. What qualities do you look for when forming partnerships?
I look for farming practices of the farmer and overall quality of the product and if we are in alignment. Next—the location of the farm. I prefer the farm to be within a 200-mile radius of where we manufacture.

From our sourcing to our packaging, we focus on sustainability. Predominantly organic ingredients are utilized and sourced locally where possible. This year we will also be growing our own oats in partnership with Wally Farms. We are committed to the idea that wellness begins and ends with whole ingredients and the desire to enrich the lives of those who drink our natural milks.

What has been most successful in getting the word out about your products?
Doing events and having folks taste our milk. As we move forward, we will be much more engaged with social media, Instagram in particular. We are in the process of creating a marketing/PR campaign to launch in April of 2022.

Running a business requires you to be on the go. How do you balance daily operations while maintaining a healthy lifestyle?
I create structure. Meaning, I rise every morning at 4:45 for meditation, make sure I make my protein smoothie and at the gym by 7:00. My work day begins at 8:30. I also have a dog—Pepper needs hiking everyday, and every day we are in the middle of nature for at least an hour. At the end of the day, I matter most and if I am not well, strong and healthy then neither will my business.